Before the establishment of the Office of Research on Women’s Health (ORWH) in September 1990, women’s health research was not prioritized by the National Institutes of Health (NIH). The organization is the “largest public funder of biomedical research in the world,” according to their website, in addition to acting as the U.S. government’s primary agent for public health research. With the agency’s designation in 1930, the result was sixty years of research data, observational and clinical studies, marketed medical treatments and products, professional training and education, and patient recommendations that failed to adequately consider effects on and experiences of women. Further emphasizing the gaps in research practices and processes was the fact that few women were studying or working in research laboratories, science-focused university departments, and medical fields more generally. Only 5.5% of new medical students and 6% of the physician workforce were women in 1949. These statistics improved slightly by the 1970s when women made up 22.4% of new medical students in 1974 and 7% of the physician workforce in 1970, but the composition of the biomedical and public-health research community prior to the establishment of the ORWH was clear. In other words, research and its subsequent implementation in the U.S. has historically been by men, about men, and for men.

Etta Hulme’s cartoon appeared in the Fort Worth Star Telegram following two major events sponsored by the ORWH. The first event was a series of public hearings on June 12 and 13, 1991. During these hearings, representatives from over 90 scientific and medical organizations were asked to provide written and oral statements about the need for and responsibilities of women’s health research and initiatives. Participants addressed many gaps and weaknesses in research and knowledge, and among those concerns was the persistent exclusion of women from clinical trials. Notably, women’s healthcare decisions were being made using the findings from studies in which only men were acting as participants. Dr. Bernadine Healy, the first woman to be director of the NIH and director at the time of the hearings, explained that “as late as the 1980s, a major study on the preventative effects of aspirin in treating coronary disease involved some 22,000 men, but not a single woman” while “another study looked at the role of estrogen in preventing heart disease, but only among men.” The caption for Hulme’s September 1991 cartoon was far from an exaggeration.

The statements from the June hearings helped organizers to plan the second event sponsored by the ORWH: the Workshop on Opportunities for Research on Women’s Health held September 4–6, 1991. The self-described purpose of the workshop was to “arrive at specific, workable recommendations regarding research activities on behalf of all the women in the United States.” Key workshop events included presentations and discussions about the ethical and legal issues of women’s participation as research subjects. Central to encouraging women’s inclusion in clinical trials was understanding why women were not already being routinely included, and among those reasons were both seemingly lazy excuses and serious considerations.

Frequently cited arguments included objections to women’s hormonal changes during trials––monthly cycles made women more difficult subjects than men––and complaints that the financial burden was increased by requiring gender-specific hypotheses and subgroup analyses. However, other arguments cited the potential ethical, legal, and financial consequences of exposing existing or potential fetuses or children to harm, and there are precedents for such concerns. Perhaps the most famous example is the case of the “Thalidomide Babies” born between 1957 and 1962 in Canada, Great Britain, West Germany, and the U.S. after pregnant women were prescribed thalidomide for the off-label treatment of nausea thereby disrupting fetal development and causing birth defects. It was through the efforts of Dr. Frances Oldham Kelsey, a reviewer for the U.S. Food and Drug Administration (FDA), that the effects of thalidomide were discovered before the drug became widely available on the U.S. market. As a result of her findings, Congress passed the 1962 Kefauver-Harris Amendment requiring drug manufacturers to provide proof of the effectiveness and safety of drugs before approval by the FDA––the first time that such a requirement was introduced in the U.S.––and Dr. Kelsey was awarded the President’s Award for Distinguished Federal Civilian Service. Though the thalidomide case highlighted the ethical and legal concerns surrounding women’s inclusion in research studies and clinical trials, the case also emphasized the need to consider women’s health and well-being in biomedical contexts in addition to the need for women’s perspectives within those contexts. As the presentations and discussions during the Workshop on Opportunities for Research on Women’s Health argued, there are reasonable and safe ways to conduct research and trials. Recommended measures included recruiting women who were sterile or without uteruses as well as those highly unlikely to become pregnant.

Ultimately, recommendations from the workshop working groups were published in the Hunt Valley Report and would later form the foundation for the Women’s Health Initiative (WHI)––a 14-year $625 million effort that would ultimately enroll more than 161,000 women in clinical trials, observational studies, and community prevention studies across the U.S. The original initiative ended with complete data collection in 2005, but the most recent extension study concluded in 2020 with a planned follow-up study that will run through 2027.

Thirty years after the Etta Hulme’s cartoon was published, women now account for over half of NIH-funded clinical-research participants. The significant increase is due, in part, to legislation and NIH policy changes. Effective in February 1991, the NIH created a new policy that required adequate representation by women for all planned clinical research unless justification could be provided otherwise. Additionally, the NIH Revitalization Act of 1993 required NIH directors to ensure that women are included in conducting and supporting clinical research. However, Etta Hulme’s caption could still be adapted to fit further biases in clinical and preclinical research.

Today, one might read: We have studies of male fruit flies, mice, hamsters, frogs, and monkeys with this condition––but medical research using female specimens just never occurred to anybody. As recently as 2020, reports found that many preclinical studies––which later form the foundation for clinical trials––did not consider sex-based differences. The lack of commensurate female representation has persisted despite a 2016 NIH policy emphasizing the importance of considering sex- and gender-based differences in studies of vertebrate animals and human cells in addition to human participants. Failure to account for these differences in preclinical trials may cause scientists to misinterpret their data and cause further delays, disruptions, and misconceptions during clinical trials in which human participants are subsequently enrolled. Nonetheless, reports suggest that the inclusion of female specimens ranging from cells to vertebrate animals is a central problem in biomedical research and, further, that NIH reviewers continue to approve research funds for trials that do not adhere to its 2016 policy.  Though considerations for sex- and gender-based differences in biomedical research have improved since the establishment of the ORWH, it is clear that there is still a long way to go. 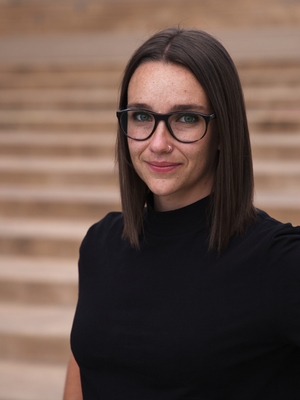